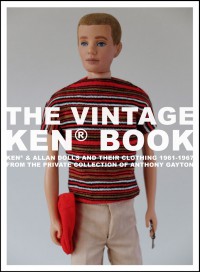 It should come as no surprise to any of you that we've continued to go nuts over Barbie everything, but the real hook that got me into the doll-collecting world was Ken.

I came across the website Something About the Boy when trying to find reference photographs for an outfit - and hit the jackpot. The author started collecting about 15 years ago and has not only amassed an impressive and complete collection, but his photography is so good. Just look at it. There are exclusive images and content in the book/PDF that is not available on the website, that, and just having the images and information handy at a show, store or yard sale without needing an internet connection, is worth the $20 price.

This book does not come in a bound edition, yet, but I'm hopeful it will appear someday. The art in here elevates the toy into something worthy of a coffee table book. All photos in this post, on the other hand, are mine.

This book only covers the "Vintage Years" from Ken's first introduction in 1961 to his discontinuation in 1967. The website goes all the way into the 1980s (Barbie and the Rockers!) and, OMG, just look at it. It's beautiful. I don't think I'll ever collect that late, but I love that he's doing this project and documenting everything Ken.

Gayton goes year by year, and with careful research and documentation of never-opened dolls and accessories provides the collector with images of changes made in the production of the dolls themselves and in the clothing and accessories. The trouser identification guide quickly became that thing I didn't know I needed! 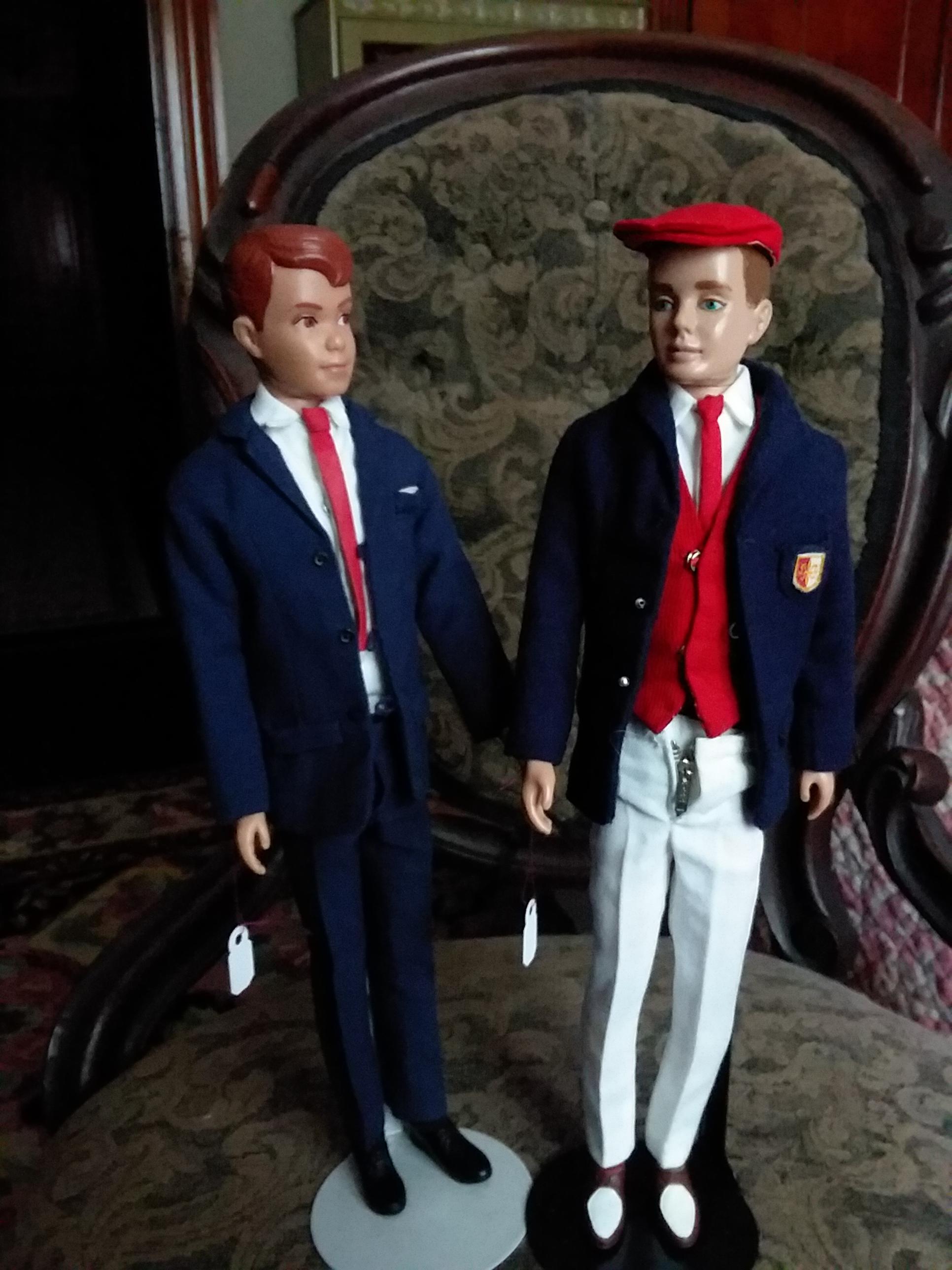 On the left is Allan in 1964's 'Special Date' #1401, and on the right is Ken in an assembled outfit that was eventually sold as "Victory Dance" #1411. It was released in 1964, but was made out of several repackaged items that had once been sold individually. The exposed zipper on the white slacks marks them as earlier, the lack of cuffs makes them transitional. Late '61, early '62.

Barbie is a popular brand but any information on Ken and Allan and their accessories has always seemed like an afterthought. Gayton advances an interesting theory that in 1963 Mattel had bigger plans for Ken as a toy for boys - 1963 saw Ken joining the army and navy, playing baseball and football, as well as boxing, skiing, and diving. The success of G.I. Joe in 1964 ended that possibility. That makes a lot of sense. Would girls in the early 60s have been expected to play boxing? 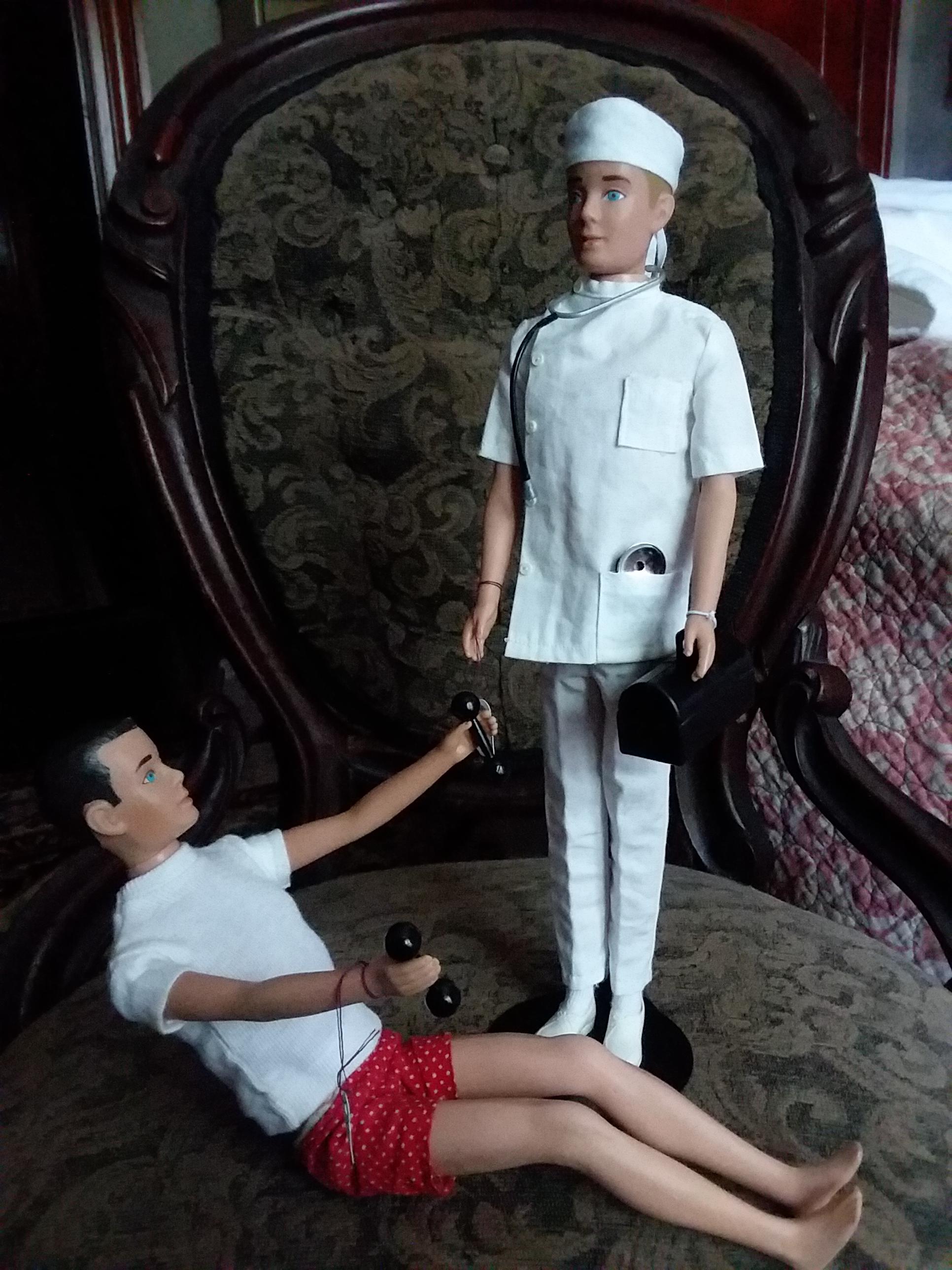 Anyway, this is a great resource. That clued me in to a lot more variations in the dolls and their clothing then I thought there was. For your time, another new arrival: 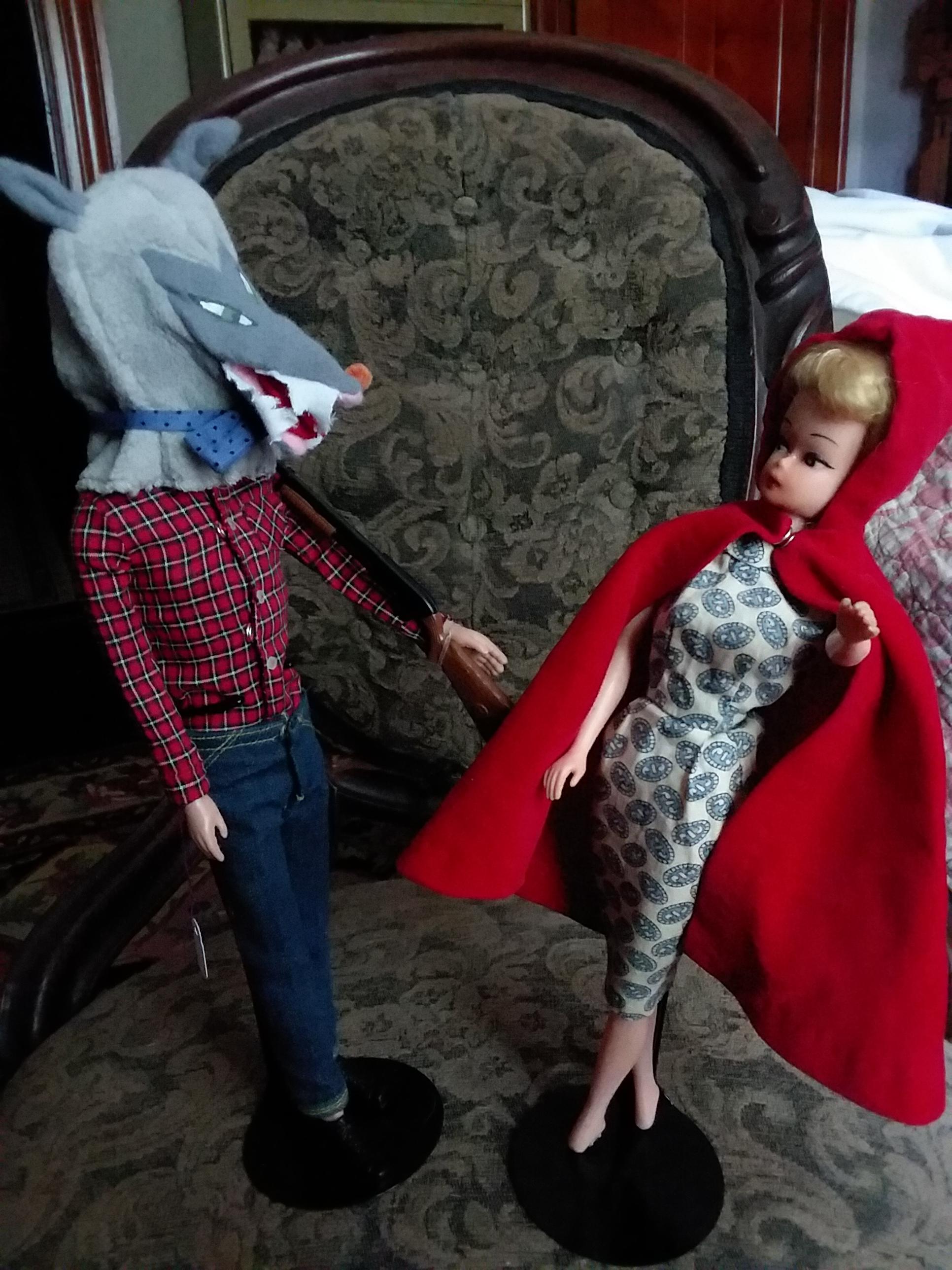 We found the mask for the Big Bad Wolf (from the Barbie's 1964 'Little Red Riding Hood' costume) for $5 at a show. Couldn't resist! He's with a mid '60s Barbie clone wearing homemade clothes.