Barbie comes home to discover her mother giving up on joining her husband on a cruise to Alaska so she can be chained to the stove and make sure Barbie's not alone. Barbie objects, so they remember that they could maybe send her to visit an aunt instead. More importantly, an acquaintance of the family sends a fashion icon to call on the family on a tour of Midwest. She is charmed by Barbie's self-made fashions and offers her an internship in San Francisco. Everyone's happy!

The plot had some similarities to 'New York Summer' and its a struggle to put them into the same world. Barbie would have to be pretty thick to be this naïve about the industry, twice, in the same year. Untangling the Barbie multi-verse aside, the book has some notable elements - Barbie being an independent young woman (the aunt offers up some sophisticated adult advice, but otherwise barely exists in the plot) with career choices, crushing her workload, and even makes a frenemy in the shape of the jealous daughter of the owner. Luckily for Barbie that jealous daughter has a brother who is a dreamboat and has a yacht, so.

Poor Ken. A nod to reality came in the form of a suspiciously sassy, prank-loving male designer who Barbie butts head with at first, but ultimately bonds with. Barbie knows who to network with.

The obvious outfit here would be 'Busy Gal' with its portfolio of fashion sketches, or the later 'Junior Designer' where kids could "design" Barbie's dress with decals, but I don't have either one. So here is Allan playing the part of the boy with the biggest yacht: 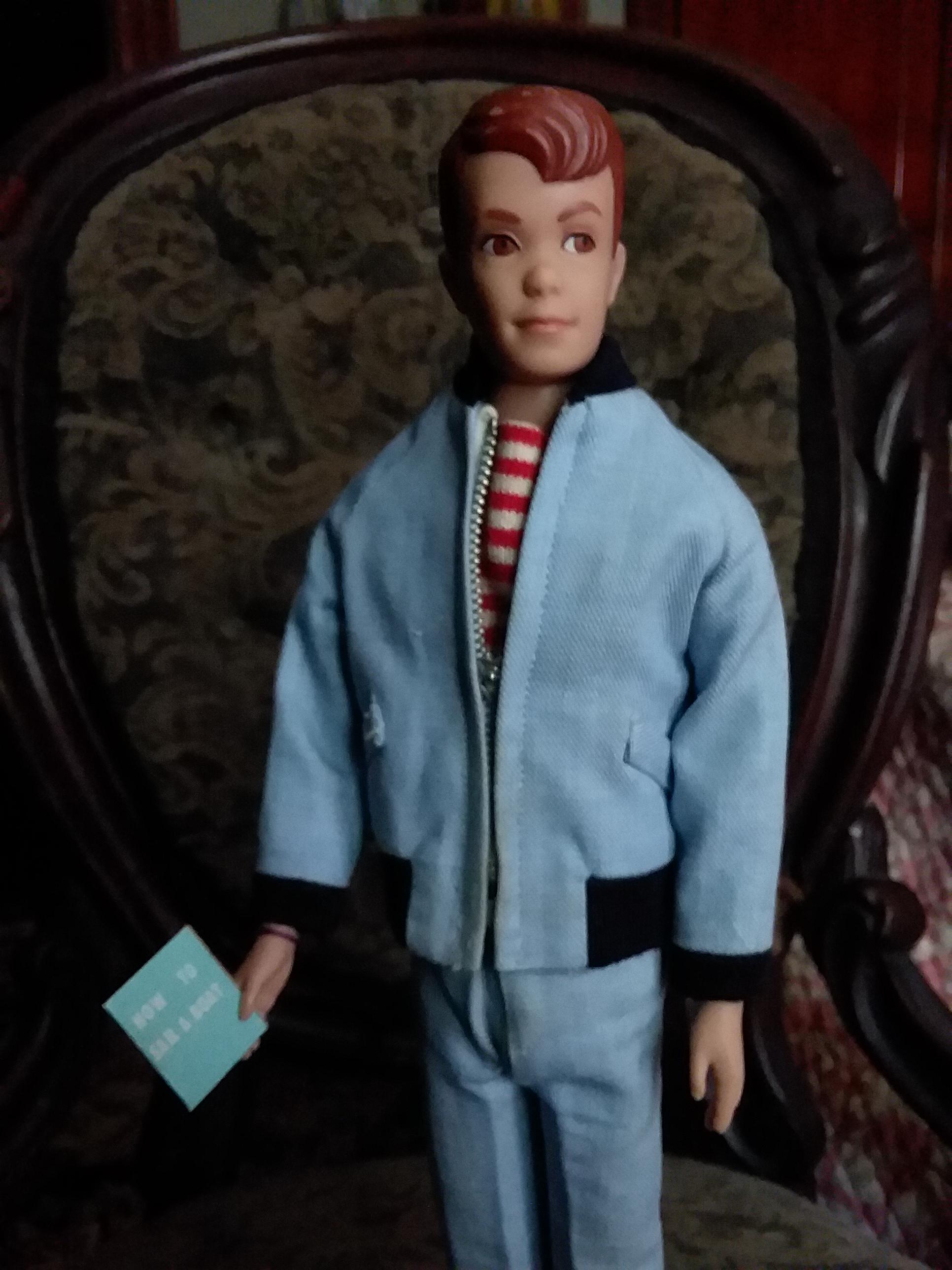