The Mirror by Marlys Millhiser 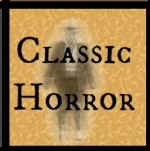 This turned out far, far better than I thought it would be. I had to stay up until almost 3am to finish it! Millhiser has crafted a great story with plenty of family drama, humor, romance (with the character's own grandfather no less - somehow, not gross), historical detail, and, of course, one cursed mirror. The object has its own mysterious history that bookends the novel with good atmosphere.

It's 1978 and the night before Shay Garrett's wedding. Her parents disapprove of the marriage thinking at 20 she is too young and they suspect she doesn't love Marek. Even with these misgivings her mother, Rachel, gives her one of the family treasures: an antique mirror with wavy glass and a frame made of interlocking bronze hands. It had come to the family by way of a marriage and hidden in the attic for years. Shay's grandmother Bran, at 98, has been mute and distant since a stroke twenty years earlier, but has a strong reaction to mention of the mirror.

Shay Garrett doesn't share her mother's interest in family history and has only vaguely paid attention to the stories behind many heirlooms in the family home. For that alone she deserves what's coming to her.

The mirror has been set up in her bedroom, redone in a fussy Victorian style, and standing on the thick carpet, Shay tries on the antique bridal veil. A thunderstorm begins, and she catches sight of her grandmother behind her in the glass.

She is awakened on the bare floor by a woman who vaguely looks like her mother, but has hair piled on top of her head. The mirror looms large in the corner and Shay notices that the carpeting is gone, the woodwork is varnished, not painted, and the body she's in is not her own. She is told that no matter what fits she throws she will be married in the morning.

Shay begins to understand she has switched places with her grandmother in the past and she has no hope, except through the mirror, of returning to her time.

'The Mirror' follows three generations of Shay's family. Herself, Bran (trapped in Shay's body in the future), and, interestingly, Rachel, whose disconnect from her 'seer' mother makes her cling to the physical artifacts of her family's history. Poor Rachel has the worst time of anybody, unfortunately.

The book commits to the period, and a lot of research was done about Boulder at the turn of the century through the 1970s. The different reactions Bran and Shay have to the mores of the day were often delightful. Shay challenging her husband on his attitudes about sex and what's proper for a woman, and Bran's realization that Shay's fiancé, when dancing with her at a disco, is obviously a demon. Amazing. Highly recommended.