This is the 2nd edition, updated for the 40th Anniversary of Barbie in 1999.

The author states right out that a single book can't hope to comprehensive about everything related to Barbie, but somehow other books managed to get a lot closer than Fennick does here. Well, that's not fair. The emphasis of this book is the 'collectible' Barbie doll, which in the late '90s meant a lot of the stuff, starting in the '80s, where things were deliberately made for a collector's market. The book talks a great deal about the start of the later play-line stuff that became collectible (such as the international series) and the never-meant-to-be-removed-from-the-box Holiday Barbies, the porcelain editions, dolls with actual designer clothes from Oscar de la Rente, etc. Almost half the book is about that.

I'm not into that. I grew up with parents who told me I was potentially ruining my Hot Wheels or Magic: The Gathering cards by playing with them. I like collecting toys that...were toys. So take my criticism of the book with that in mind. 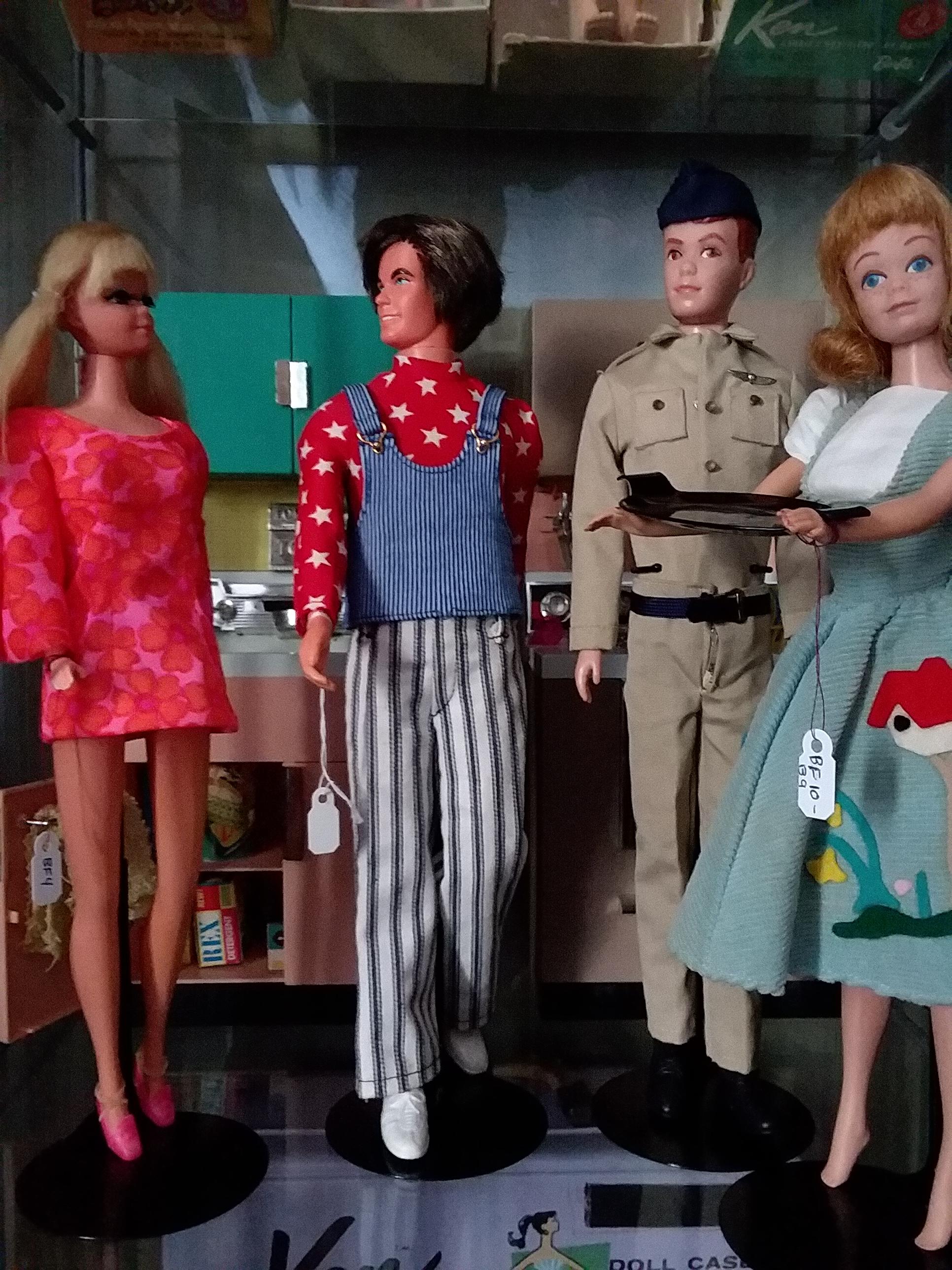 The parts of the book that covered the vintage years were only the briefest surveys and didn't offer any useful insights - it didn't even cover the insights from previous books. A beginning collector might enjoy the book and appreciate the part at the end about collector's etiquette, which boils down to being careful about what you buy, but not being a jerk about it. As buyers, you have a right to inspect merchandise and ask reasonable questions, but too much 'tire-kicking' is rude (especially without intent to buy) and, definitely, if you ask for a best price, don't act as if you're entitled to anything less than what the tag says. Many dealers expect to discount, but in the collecting world it pays to be polite.

With Barbie's 60th anniversary coming to an end this year, I'm hoping to find some updated books that go beyond the usual Mattel PR campaign.