A perfect blend of information and art.

This is a coffee table book that is also an invaluable reference to collectors. Keiko provides an important perspective on what Barbie, the all-American girl, meant in Japan. It took a few years for dolls to be marketed specifically to the Japanese and the majority of products were identical to those produced for the American market. However, there were some clothing variations - outfits made with different surplus fabrics - and, most importantly, exclusive designs features on dolls. 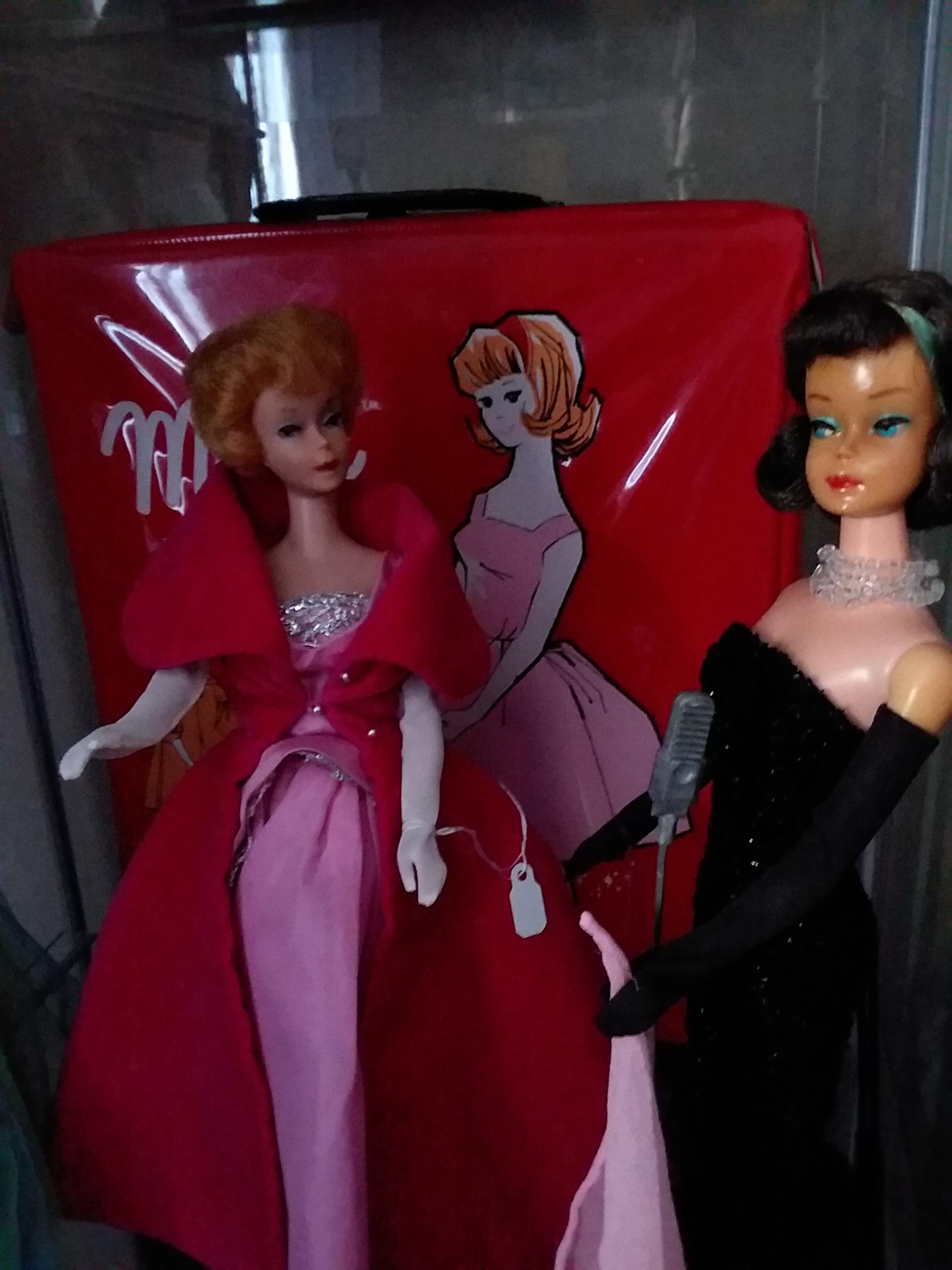 Not the best photo, but on the right is our Japanese side-part Barbie dressed in #982 'Solo in the Spotlight'. She unfortunately shows that the vinyl of that period often gets greasy or darkens (compare her face and arms to the torso which retains its original color), but her hair and ribbon are intact. She, like many of the Japanese dolls found in the US outside of the collector market, was brought over by an Army serviceman for his daughter. This is likely the only Japanese market doll or anything we'll ever have.

On the left is a blonde bubblecut in #993 'Sophisticated Lady'.

The side-part hairstyle and her make-up were more conservative than the growing 'mod' fashions in the United States. Other variations were a Skipper with brown eyes, Francie with more exaggerated twinkling brown eyes and a brown-eyed, fashion queen Midge without freckles. 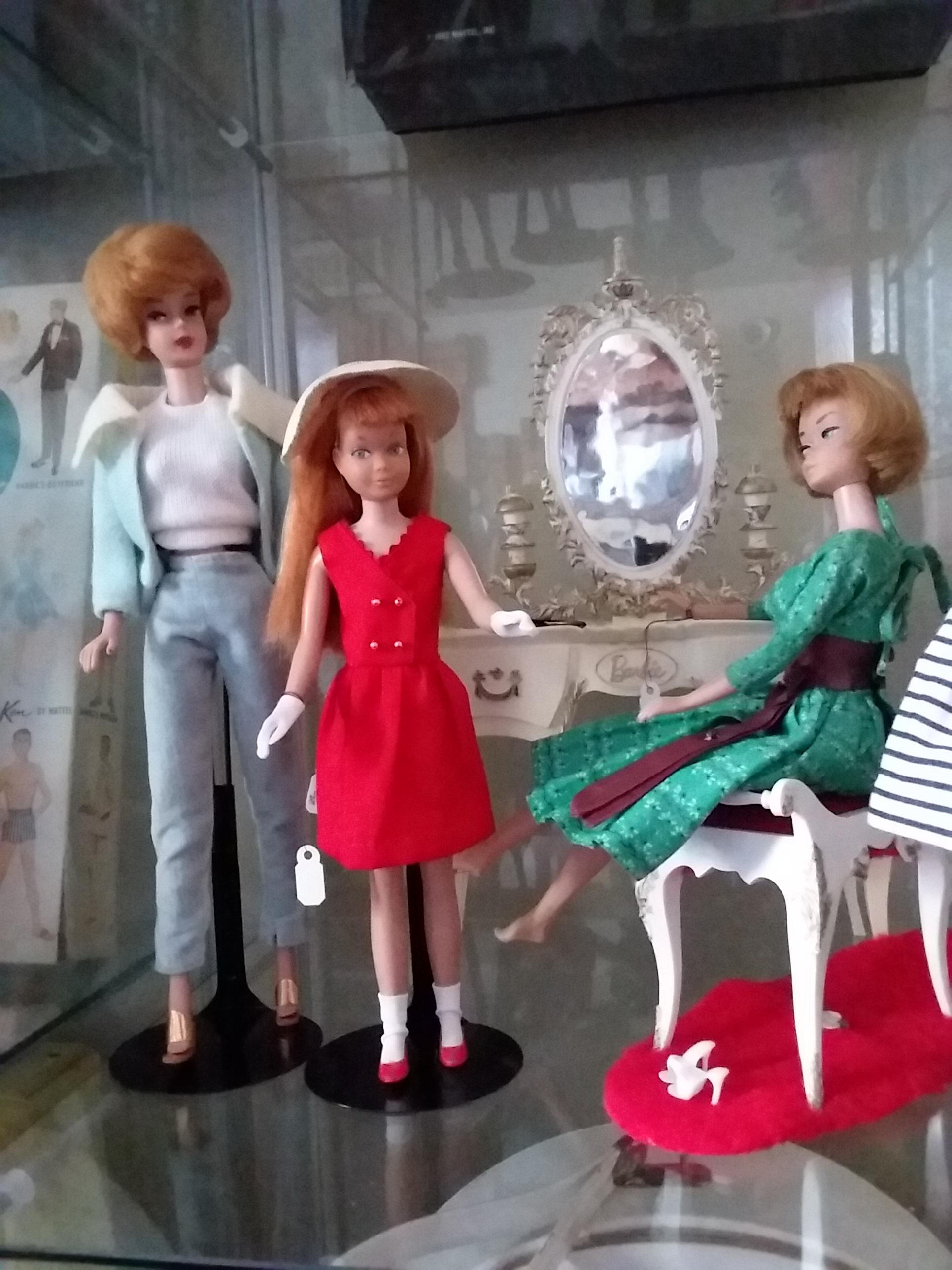 Aaand the focus is off. But, seated on the left is a standard American Girl with the modern pixie cut in #955 'Swingin' Easy'. She is seated at the Susy Goose 'Barbie Vanity' that is fun, but incredibly brittle. With her are another bubblecut in #940 'Mood for Music' and Skipper in #1901 'Red Sensation'.

There were a few wholly exclusive outfits for the Japanese market, including beautiful kimonos with accessories. Anything found from this limited market in good condition holds considerable value.

This book is packed with information and exquistie photography. The book is made with lovely end-papers and other bonuses that make it a beautiful addition to any collection on top of the information it contains.