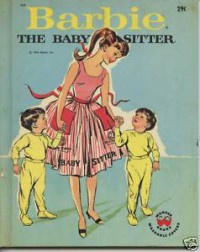 'Barbie the Baby Sitter' is an early reader picture book, so I wasn't expecting a complicated story. The problem came with this book breaking the single most common-sense rule of these books and makes it impossible to enjoy on any level.

The story involves Barbie agreeing to baby-sit the dreaded Tyler twins on the same night she has to write a story for school. The twins get up to mischief and prevent Barbie from thinking about what to write until she realizes that her life is the story.

The problem is that at every opportunity the words and the pictures are out of sync. The text will describe Barbie looking for one twin or the other, but the picture on that same page shows us what the little bastards are doing. There's no suspense and really no reason for kids to bother reading the text at all.

The pictures, particularly the opening shot of Midge and Barbie discussing homework in front of a mid-century modern street, are charming, but can't make up for the other flaws. 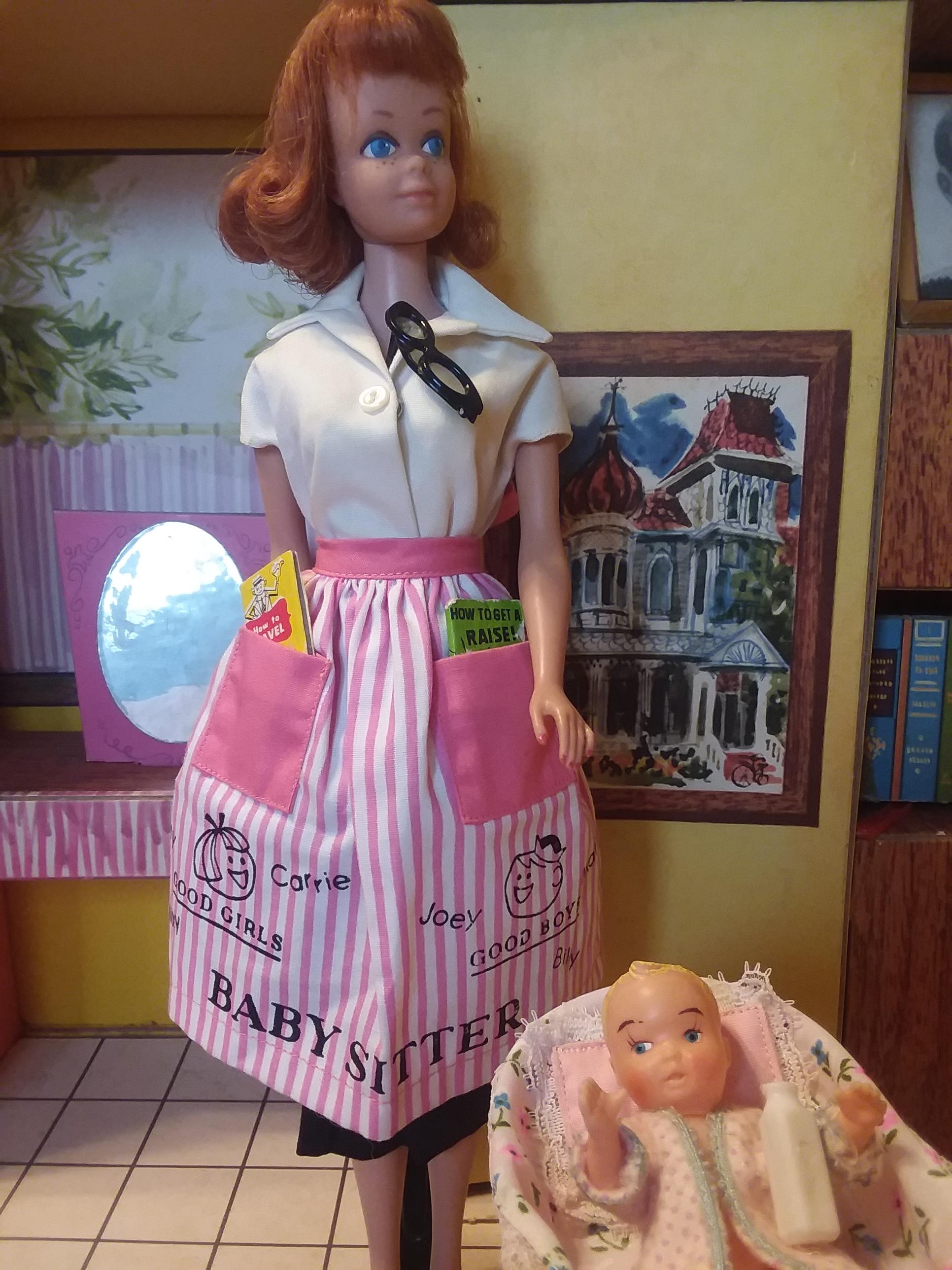 Midge wears #953 'Barbie Baby Sits' from 1963 (it was tweaked and re-released in 1965 with some accessories swapped out). I'm missing the list of phone numbers, snacks, and other pieces, but is still a cute set.