So its a real shame that this series was stopped, because the penultimate Barbie novel has some craziness going on around the edges.

Woolvin opens with Barbie in an idyllic scene in her backyard. Skipper is away at camp for the summer, Midge is out with her mom, and Ken is somewhere else waiting for her to get around to calling him. Seated in a swing with her cat Charlemagne in her lap, Barbie starts feeling drowsy and has a total hallucinogenic doll-fantasy right there and then. She imagines herself shrinking to doll-size and the grass and flowers towering over her.

This ends when Barbie hears a cry from the house. Her mother has fallen in the kitchen and Barbie must summon help and stay with her mother until help arrives.

Barbie's mother has appendicitis. When her mother is in the operating room Barbie makes a deal with God to make it up to him if he spares her mother. Her mother recovers, but, terrifyingly, Barbie doesn't act fast enough for God because her mother has a relapse. Hysterical, Barbie demands the opportunity to volunteer at the hospital and even recruits three of her friends.

The Candy-Striper program at Willows Hospital is born! The book goes in depth into the seriousness of working in a hospital and the training Barbie, Midge, et.al undertake to become helpers in the hospital. It was refreshingly realistic.

Another real touch is when Barbie, having made a friend who's mother has been married and divorced SEVERAL times (heavens!), has a conversation with her Mother about love and if it lasts and touch on divorce and the fear of losing a loved one. At the end the teenage girl and her mother remark that perhaps they've met for the very first time. Well done Woolvin!

On the flip side we're treated to Jealous Ken, who can't stand Barbie having a moment to herself, and Barbie's relationship with a fellow student named Sandy O'Neill who makes several threatening romantic overtures to Barbie. Barbie interprets her Candy-Striper vow as having to put up with sexual harassment and endeavors to make Sandy happy however she can. Woof.

Overall, this was a better book than most in the series, I would have liked to see a little more independent spirit ifrom Barbie and Midge and the role-model women who's ultimate worth stems more from their marriageability rather than their devotion to career.

Here is a photo that has nothing to do with this book, since I haven't found the Candy-Striper outfit yet and have already paraded my Doctor Ken/Nurse Barbie/TNT Julia in other reviews. 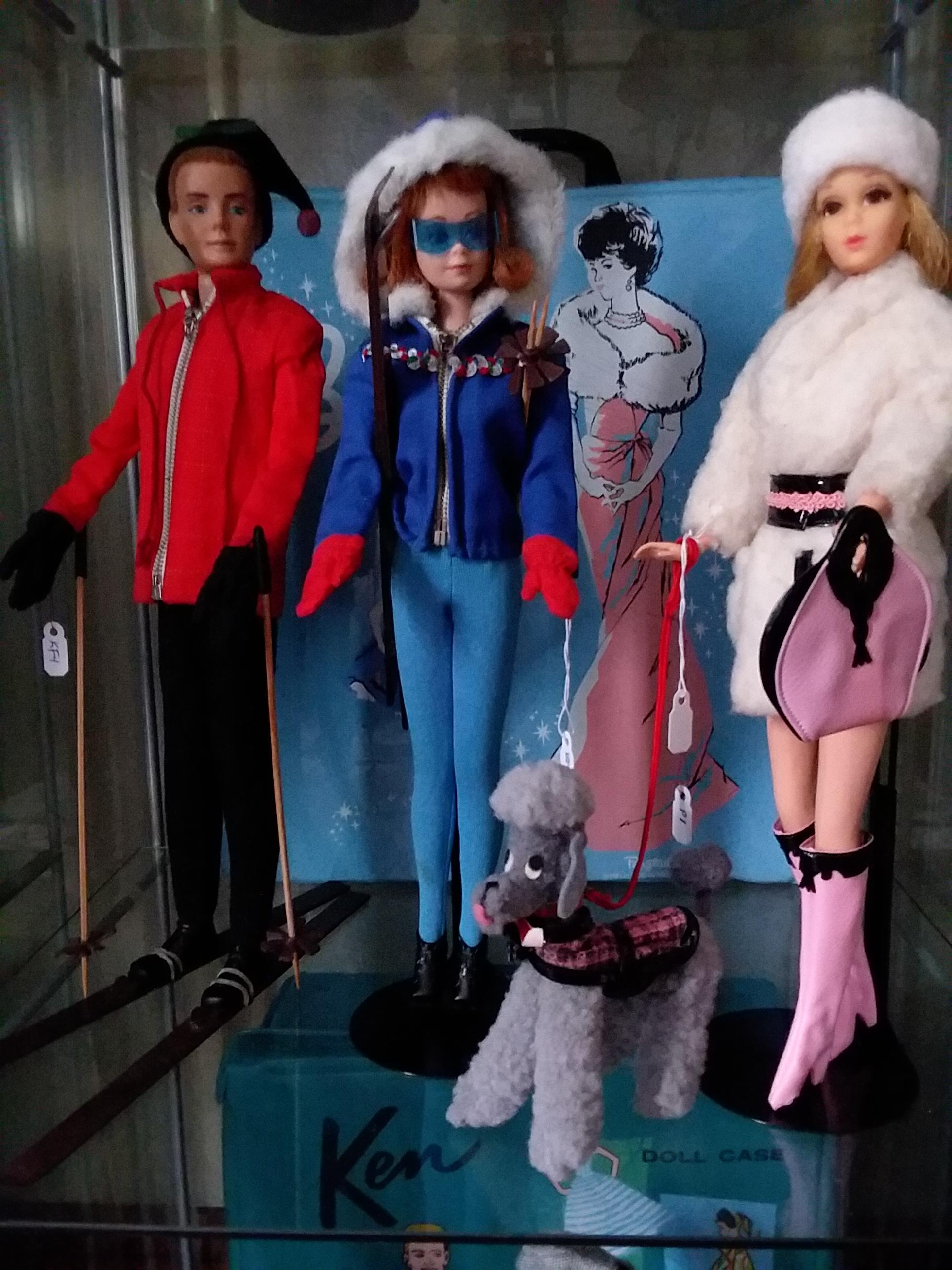 Next: 'Barbie and the Ghost Town Mystery'