Mr. Roberts surprises Barbie with Christmas in Hawaii! Barbie is excited to leave the snow behind for two weeks in the sun. Midge is thrilled, but Ken still insists on being a wet blanket. I mean, granted, Barbie doesn't give him too much thought in these novels, but he shouldn't be so possessive. There's loads of girls at Willows High who would love to have a malted with him.

Instead of staying at one of the new beachside hotels on Waikiki, they stay with an old army friend of Mr. Roberts, his stiff British wife and their son.

There's surfing, lots of information about Hawaii's history - a little white-washed, the only anti-imperialist sentiment is some faint regret about the end of monarchy. What I liked was the use of Hawaiian words and that Barbie's latest fling is with the hunky half-Hawaiian surfer Apaki.

Additional points awarded for letting stubborn Barbie be in the wrong about Mrs. Stiff Upper Lip, even if its just refusing sunburn ointment, actual cultural diversity, and Barbie learning the sport of surfing instead of being passive.

I don't have either of the Hawaii outfits, and haven't put new elastic on the accessories for 'Skin Diver', so we're going to fast forward to a groovier, more tropical, time. This is a Good Lookin' Ken from the early '70s wearing Best Buy #9128 (1976). They stopped naming the outfits in 1973. 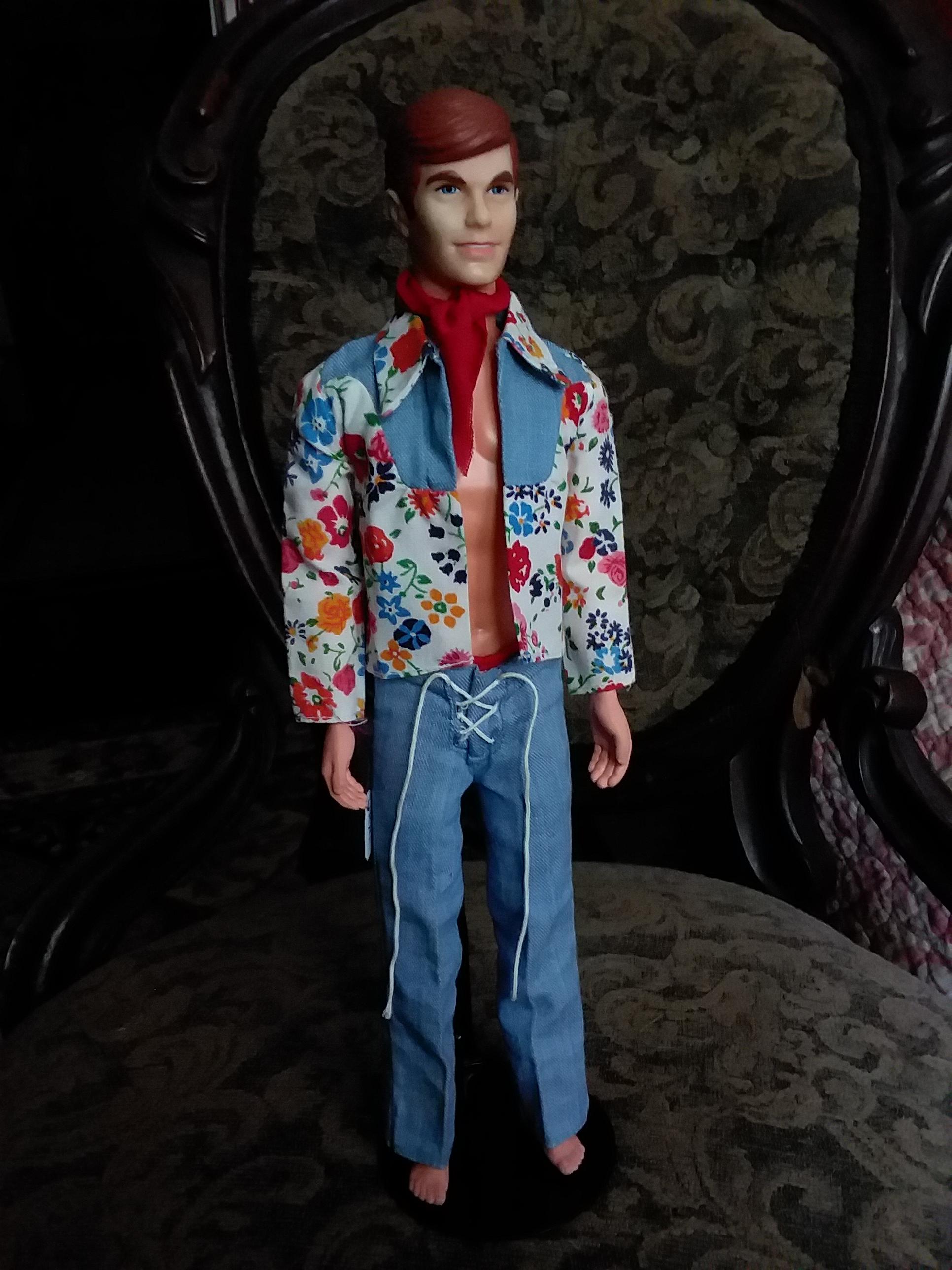