After arranging for his family to take in a Japanese exchange student, Mr. Roberts has vanished on a long, long business trip. His stressed out wife and nervous daughter are also hosting a young boy cousin, just because.

Barbie is excited for her new 'sister', so much so that her cousin, and friends Midge and Ken get sick of hearing about it. When Yoshiko arrives the two girls hit it off. Barbie even gives Yoshiko a western nickname, Posy. Uh-oh. Worse yet, Barbie begins getting poison-pen letters demanding her new sister go home.Barbie keeps these letters secret from Yoshiko and the rest of her family.

The second plot has to do with Barbie's friendship with a morose girl named Shirley who, among other things, kisses boys to get dates with them and plans to run away to become a "sandwich girl". Career choices, right ladies? Her home life is unhappy, with a stern and emotionally distant mother, and various clues make Barbie  begin to suspect Shirley of writing the letters.

Yoshiko is fine as a character, but the text constantly refers to her as dainty, bird-like, delicate, floral, etc. It gets a little wearing. The homesick Yoshiko pulls through and introduces the Roberts to new experiences. Overall the novel uses her character to make a nice story about acceptance and true welcoming.

Despite Yoshiko's fragility, its interesting to note that 'Barbie's Secret', perhaps because of new author Woolvin, is the best written so far with interconnected plots and occasionally atmospheric writing. 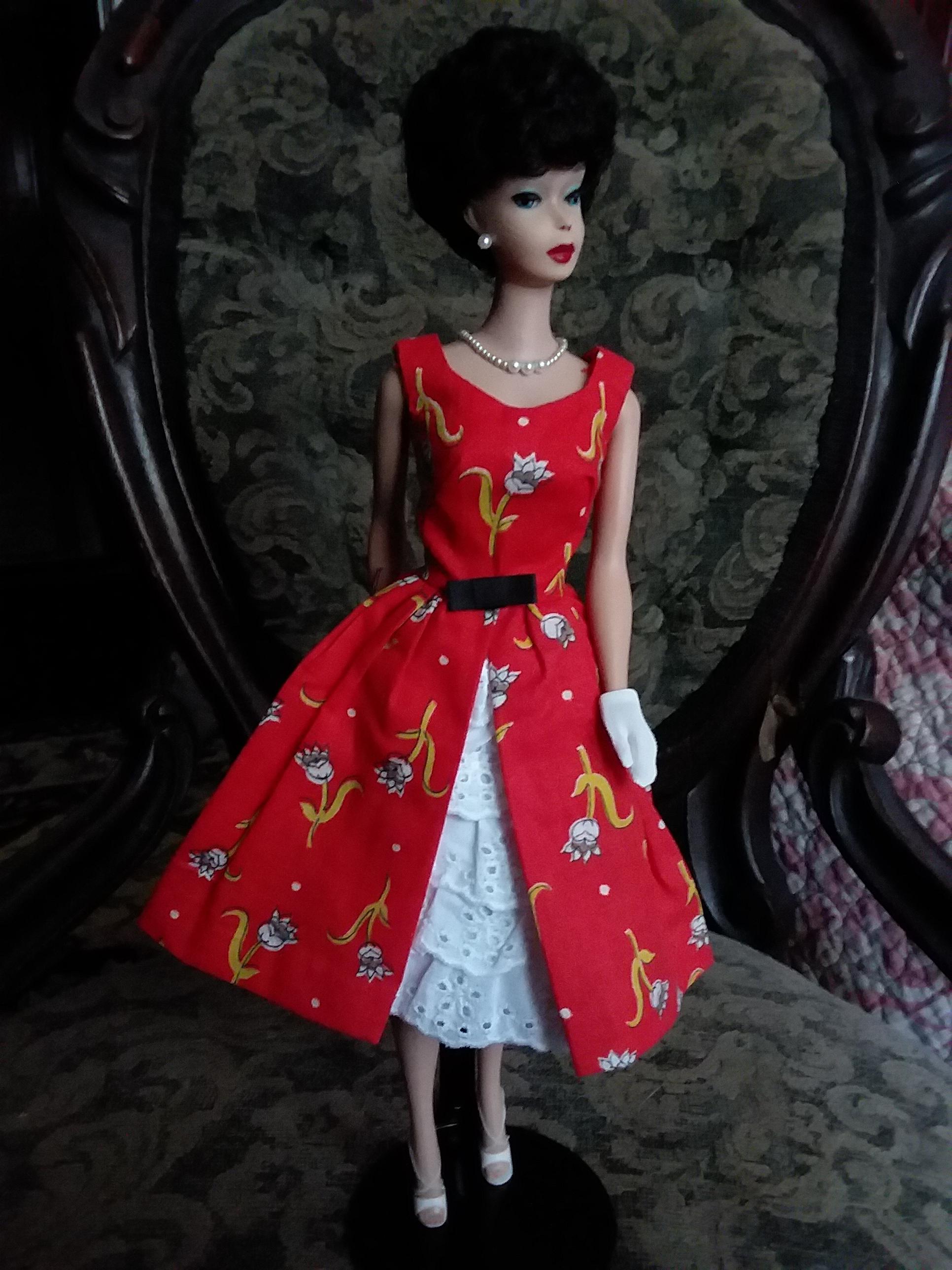 It seems appropriate to show off this "absolutely mint" (husband's words) raven-haired Barbie in 1964's 'Garden Tea Party' #1606. Yoshiko teaches Barbie a tea ceremony as a way of relaxing and bringing harmony back to the house.

Next: 'Barbie in Television'