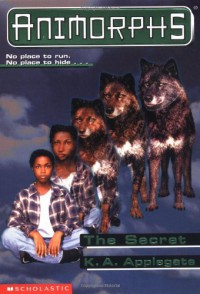 Cassie's second book is where a reader really begins to see her morality develop. The Animorphs are good kids, obviously, but Cassie is the de facto animal expert and nature lover. Time and again we see Cassie's resolve harden against the Yeerks because of their ruthless plan to eliminate Earth's biodiversity and enslave everything that remains. Cassie also determined that morphing an animal, even an intelligent one, is necessary due to the unusual circumstances the Animorphs are in. Simply put: if they don't morph anything that gives them an advantage they will lose.

The Yeerks have set up a bogus logging company in the protected forest near Cassie's family farm. It is also where Ax lives safely away from human eyes and where he can feed. The Yeerks recognize it as the place where the 'Andalite bandits' can hide out and wisely set out to destroy it.

There's one hitch in their plan though: a board of commissioners! A three member board must vote in favor of the logging project for the Yeerk's evil plan to come through. Weirdly, two members have already voted one for and one against. That seems weird for a board to vote on an issue without actually meeting to discuss it? Even if only one member wanted more information before a vote - the board would all cast their votes at once AFTER the board member got their information/made a site visit. I can't tell you how much this confusing protocol error took me out of these juvenile sf books.

I mean, what a lost opportunity to teach kids the value and workings of local government! I had those thoughts. I'll make them go away.

Anyway, the team infiltrates the logging camp with disastrous results for Cassie's psyche. She whines non-stop about what was a non-issue for me as a kid and is a non-issue as an adult. I get what Applegate was going for, but it seemed too much of a reach.

There are super cute skunk babies though, so that's something!