I have to take some rating love away from this collection of stories and plays, because even though Ken and Midge get a LOT more play here then in the novels, the character development is really lacking. Lawrence and Maybee have invested so much in making Barbie a fairly believable every-girl that they don't know what to do with her actually-also-a-doll-for-sale friends. Midge is a little boy crazy and Ken is supportive and present.

It's no surprise that there are continual continuity blunders, the two authors don't seem to have compared notes about their assignments. There are at least two Barbie-verses, but you don't have to look too far ahead to see there will be more fracturing when it turns out this sprightly single-child gets saddled with at least three younger siblings in the next few years.

I was disappointed by the lack of activity pages that made 'Here's Barbie' so charming.

One highlight was the the play-within-a-play that featured the characters working with a bossy classmate who wanted to buy her way into the character of the Queen of Hearts. Barbie seemed OK with being stage manager.

Another new acquisition is this 'Guinevere' #873 costume from the 'Little Theater' (1964) series. I have her in front of the 'King Arthur' #773 costume we found, still stitched on the card, in a garbage pile! 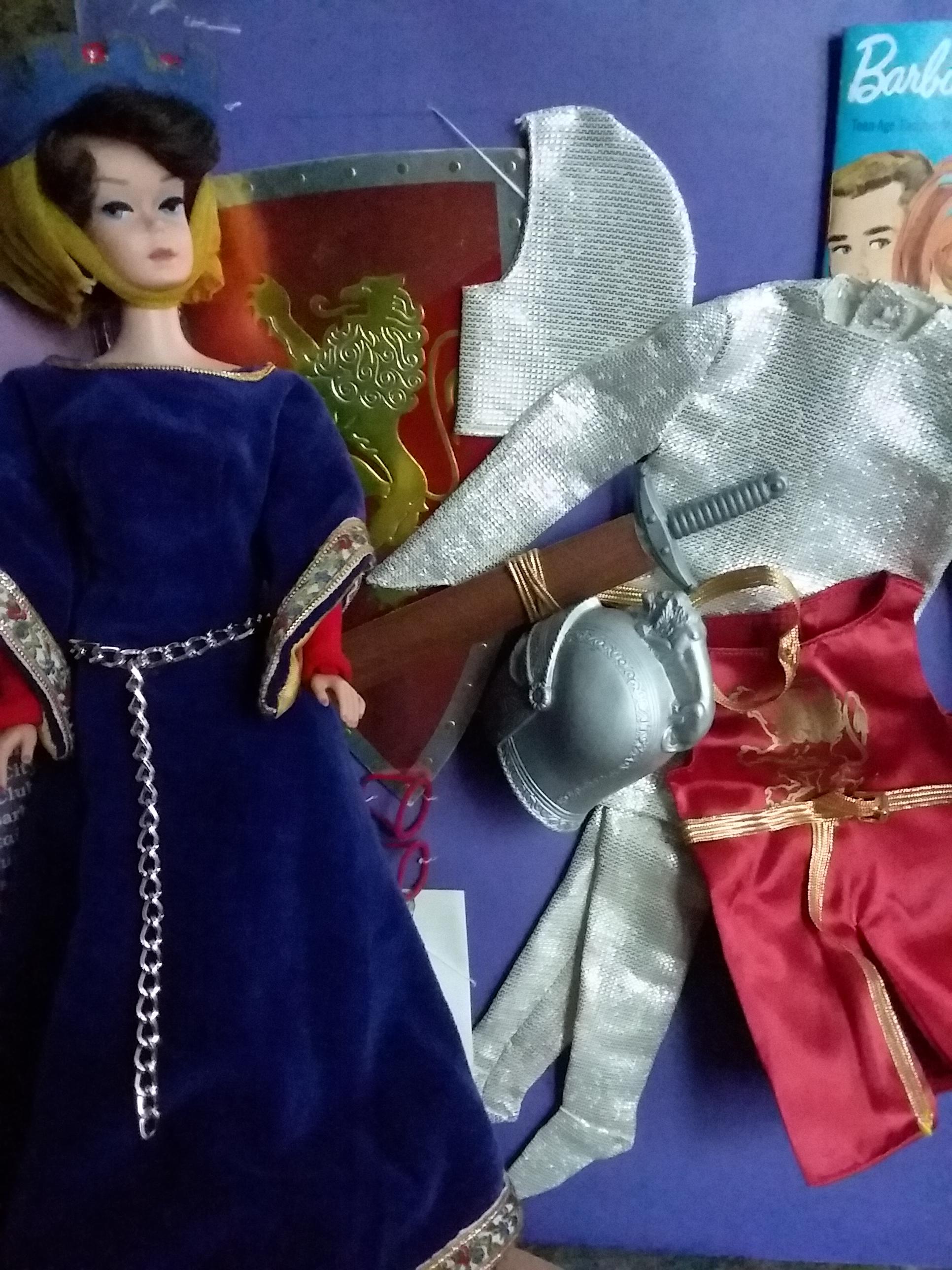 Next: 'Barbie Solves a Mystery'